Balanced Leadership and The 30% Solution 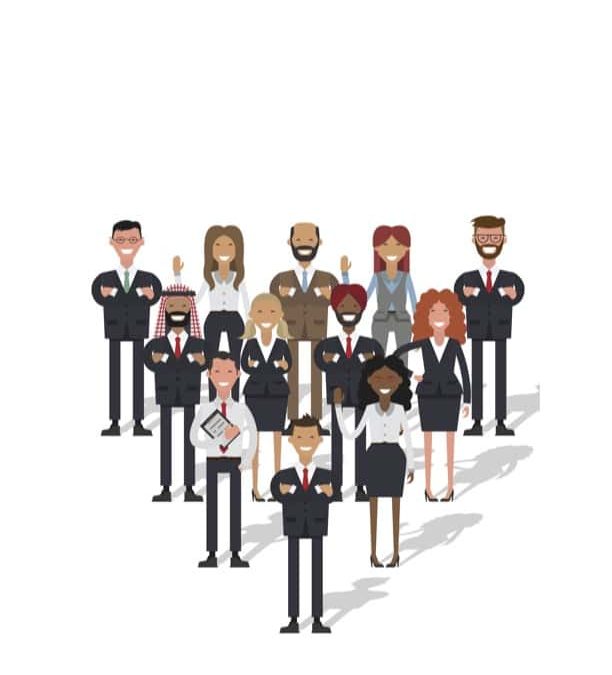 leadership teams and Board of Directors. This theory was originally agreed upon at the conclusion of the Fourth UN Conference on the Status of Women held in Beijing in 1995. The conference’s big question was: “What would it take for women to assume their rightful place as full actors in society so entire countries as well as families and communities could benefit from women’s leadership and innovative ideas?” At the conference, 189 countries including the United States ratified the 30% Solution as the platform that could guide the full empowerment and advancement of all women and girls around the world.

Here is the business case:
Rather than relying on negative reasoning of a “right” to executive positions based upon female “discrimination”, Tarr-Whelan says there are many important positive business reasons and significant benefits gained by greater female leadership. For example, the Global Leadership Forecast 2018, published by DDI, The Conference Board, and EY, said that organizations that have at least 30% women in leadership are 1.4 times more likely to have sustained profitable growth and 12x more likely to excel financially.

Thirty percent is the tipping point, where organizations start to experience a positive shift — not only in performance, but also in market share that creates competitive advantages. But before I had read about the 30% solution, I had not formally realized that my decades of coaching work has contributed to an extremely powerful societal shift.

Intervening on Behalf of Women back in the 1980’s
You see, my lifelong passion has always been to advance and elevate women’s progress, empower their voices and increase their potential. I started my formal journey into leadership when my progressive male boss saw my natural leadership skillsets and recommended me to lead a program called Women Into Trades and Technology (W.I.T.T.)

W.I.T.T. was addressing a pressing issue – women, who did not “fit” into typically female jobs, could not get into male high paying jobs because “women’s work” was typically low paying and many careers and jobs were segregated according to gender. Well-paying jobs like construction, transit drivers, plumbers, police, etc. were informally closed to women.
Once the unions came on side and we busted down those male only doors, women slowly entered into this “man’s” world. The W.I.T.T. Program was successful. Just look around and notice all the female bus drivers, female police, female plumbers and many other “male” careers. I know it seems normal to many today, but to me it is absolutely thrilling.
I witnessed these brave female pioneers venturing into male-dominated trades, which by the way, was not at all easy. The gift of W.I.T.T. for me was seeing women’s aspirations supported by their courage, tenacity, determination, along with their ability to improve the status quo by refusing to take a backseat to someone else, just because of gender.

Today’s Picture
Today I now see a similar picture in the leadership domain. And I am not the only one. Just look around in the media – women need more access to the C-suites.

My Next Evolution
Now the next evolution of my focus is for women to more readily be able to honour, act upon and achieve their leadership ambitions. I am now coaching women through their career transitions and these women aspire to be leaders.

As I immerse myself in this work a common theme – women’s lack of self-confidence – has surfaced. I see that this can and does impact women at all levels, ages and stages of leadership experience. And for many women new to their management role, observing men in similar roles and seeing their ease and confidence with decision-making can at times feel overpowering. So they look at me and ask WTF?
In my career it took a male Dean to recognize and elevate me so that I would put myself forward as a leader. I was so scared! Like me, I think many women talk themselves out of pursuing a leadership role and look for reasons why they aren’t suited to lead. Not only is it personal for me, I love contributing to this challenge because when we bust these outdated myths and get clear on how we hold ourselves back, the next steps become possible.
“Leadership” over time has been narrowly defined by and for men until very recently. Current research repositions crucial leadership characteristics to include collaboration, consensus building, a focus on relationships and partnerships, and even a deep commitment to both family and work. Sounds a bit like female characteristics doesn’t it? So we have evolved to knowing that women leaders are needed to bring balance, new ideas and new ways of leading in order to meet the challenges of our ever changing world today.

Back to my epiphany
When I read about the “30% Solution” I realized for the first time that there is actually a finite goal to this challenge. With at least 30% female leaders, organizations report that a variety of leadership styles create healthy balance and generate a better blend in leadership thinking, a better diversity of opinions, better problem solving and significantly better decision making.

In the McKinsey & Company “Why Diversity Matters” 2015 report it is suggested that steps to decrease gender inequality in the workplace may benefit Canada’s economy by as much as $150 billion by 2026. If the gender gap was eliminated entirely, that number could rise to as high as $420 billion.
It seems there is a better way!

Women in leadership is an incredibly important and timely challenge. Why? After decades of working towards parity in the C-suite, a 2018 report by Catalyst says that women are still only 4% (20 out of 500) of the CEO’s at the S & P 500 public companies, and less than 20% of Board positions. Encouragingly we are getting close at the executive or senior-level managers with 25% of these positions held by females.

Sounds good doesn’t it? Well there is a kicker. If we don’t exceed this rate of growth – if we don’t step on the accelerator – it will take until 2050 to reach the 30% in the C-suite.

I invite you to take the challenge. Every female who joins in this challenge helps unlock the door to this change.

So how do we do this ?
Most of the women in senior leadership comment on the benefits of formal Leadership Training programmes. In a KPMG study, women said that leadership training (57%), confidence-building (56%), decision-making (48%), networking (47%), and critical-thinking (46%) are the most important aspects of supporting and preparing women to pursue leadership roles. Giving women the opportunity to undertake more formal leadership training helps on a practical level by developing their skills and confidence.

I am taking my own advice – I am taking up the challenge too – and I am creating an on-line Leadership Development Program for Women so more women can fearlessly step up and be the transformational leaders we need.

Stay tuned, or contact me to find out more. Let’s add to the numbers of women needed to modernize and diversify the ways of leading.
Isn’t it time for women to make up more than 20 out of 500 CEO’s at the S & P 500 public companies?

Let me know what you are doing to rise to the challenge!